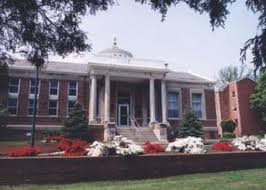 The newly founded Department of Nursing, is the first professional practice program at The Lincoln University. Our nursing program is the 37th BSN program approved by the Pennsylvania State Board of Nursing. The program has received initial approval to accept its first nursing student cohort in Fall 2013.

Lincoln University, the oldest Historically Black University, was founded in 1854 as Ashmun Institute.  The story of Lincoln University goes back to the early years of the nineteenth century and to its founders, John Miller Dickey, and his wife, Sarah Emlen Cresson, set as one of their original purposes—the training of young missionaries for service in Africa.  The Institute was renamed Lincoln University in 1866 after President Abraham Lincoln. Since its inception, Lincoln has attracted an interracial and international enrollment from the surrounding community, region, and around the world. The University first admitted women students in 1952, and formally associated with the Commonwealth of Pennsylvania in 1972 as a state-related, coeducational university. It is located near the town of Oxford in Southern Chester County, Pennsylvania.  The university also hosts a Center for Graduate Studies in the City of Philadelphia.  Lincoln University provides undergraduate and graduate coursework to approximately 2,500 students.